University’s gym is something special: it’s spacious with a balcony that was begging to be included in the setup. This year, UHS asked 4SO to come in and do something extraordinary to their homecoming! First off, the balcony- we just had to set up there. By having DJCraziAce up there along with all the lighting, the gym looked, felt, and sounded like a nightclub. Areal lasers, crowd-scanning laser effects, massive floods, and downlighting on the red and white pipe and drape (with the Cheshire cat animated projection) really brought the Alice in Wonderland theme to life… but not as much as it did outside!

In the courtyard, students went all out in decorating and re-creating famous scenes from the book/movie to really set the tone. This year, instead of video games being played outside, UHS had a 2nd DJ (DJ D-Whattzz) to keep things fresh. This was the first time the Orlando-area school had two DJs. The result was a dance experience that was all over social media with rave reviews coming from students and teachers alike!

Check out the photos and video after the break below. 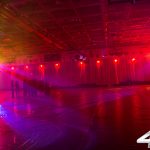 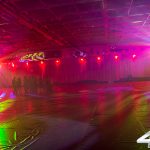 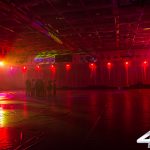 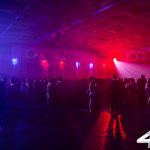 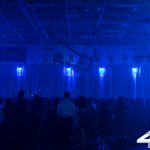 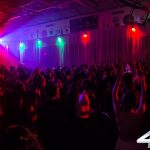 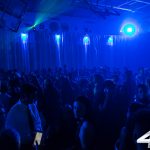 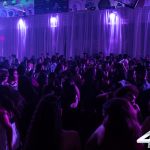 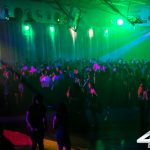 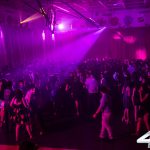 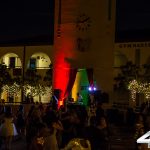 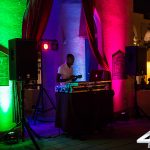 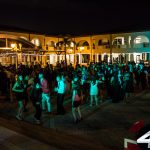 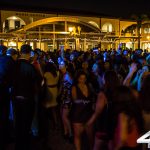 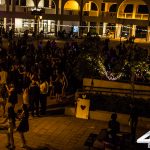 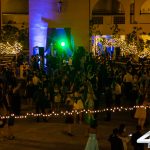 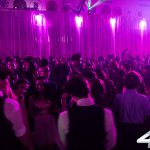 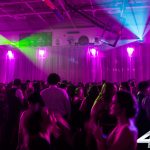 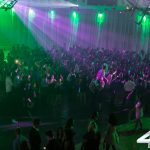 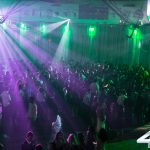 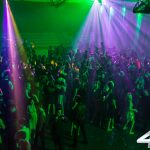 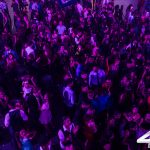 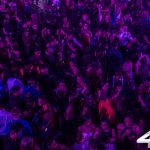